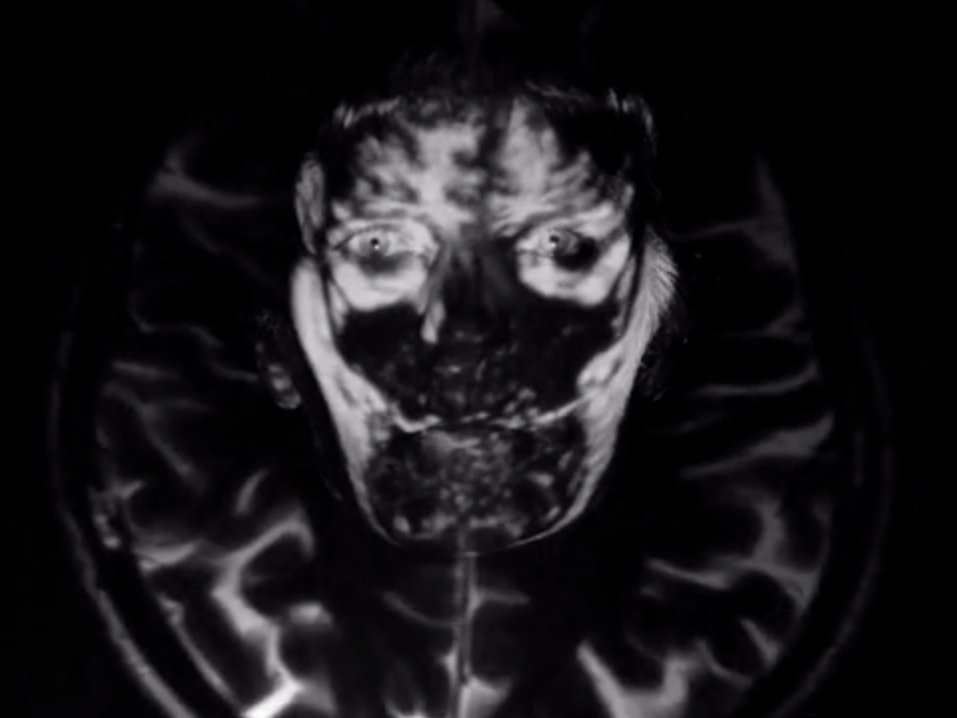 THE MRI MACHINE AS SOURCE OF AUDIOVISUAL CREATION

Magnetic Resonance Imaging (MRI) uses the body’s natural magnetic properties to produce detailed images from any part of the body. To make things simple, the protons line up in the cell when submitted to a strong magnetic field. Once the magnetic field is switched off, the protons begin to lose their alignment. As they move back to their original positions, they send out there own radio waves. The scanner picks up these signals and a computer turns them into an image.

Inspired by their experiences during a MRI scan, Spin of the Protons was elaborated around the machine itself, recording the sounds generated by the machine and using the images produced from the various body areas of the three artists.

IMMERSION IN AN AMBIANCE OF SOUND AND IMAGES

At the start, the projection of the MRI images is shown on a central screen, as if on a big control monitor. Little by little, the pictures overflow the frame and begin to invade the walls, the floor and the performers so as to give the spectator a strong sensation of immersion in the human body.

Basing themselves on the sounds generated by the MRI process, the two musicians create an original soundtrack, stemming from the tradition of the musique concrète and electronic dub music.

Sometimes noise music sounds, others electronic or minimalist music sounds, this musical universe is in constant interaction with the images, either in time or at a different cadence.

By making visible and tangible through sound and image what is usually not visible to the naked eye, that a real physical dimension is reached during the show.

The project of Spin of the Protons dawned when Patricia Bosshard and Simon Grab won the LUFF (Lausanne Underground Film & Music Festival) award in 2009. There began their musical research on the sounds produced by a MRI machine. Once the harsh sounds of the MRI machine recorded, they translated them into a musical universe made of floaty and noise music sounds.

In the summer 2010, they recorded under the label Everest- records (http://everestrecords.ch/artists/mri).

In 2012, they are nominated for the Qwartz Electronic Music Award, Paris.
The same year, Nicolas Wintsch using medical software, retrieves the MRI images of the various areas of the body of the three artists and composes a visual score for a performance and an installation for the opening of the contemporary art festival “Festival International d’Art Contemporain des Alpilles” at the “Baux de Provence”.

From February till August 2014, an installation derived from Spin of the Protons will be presented within the framework of the exhibition Anatomies at the “Musée de la main” in Lausanne. 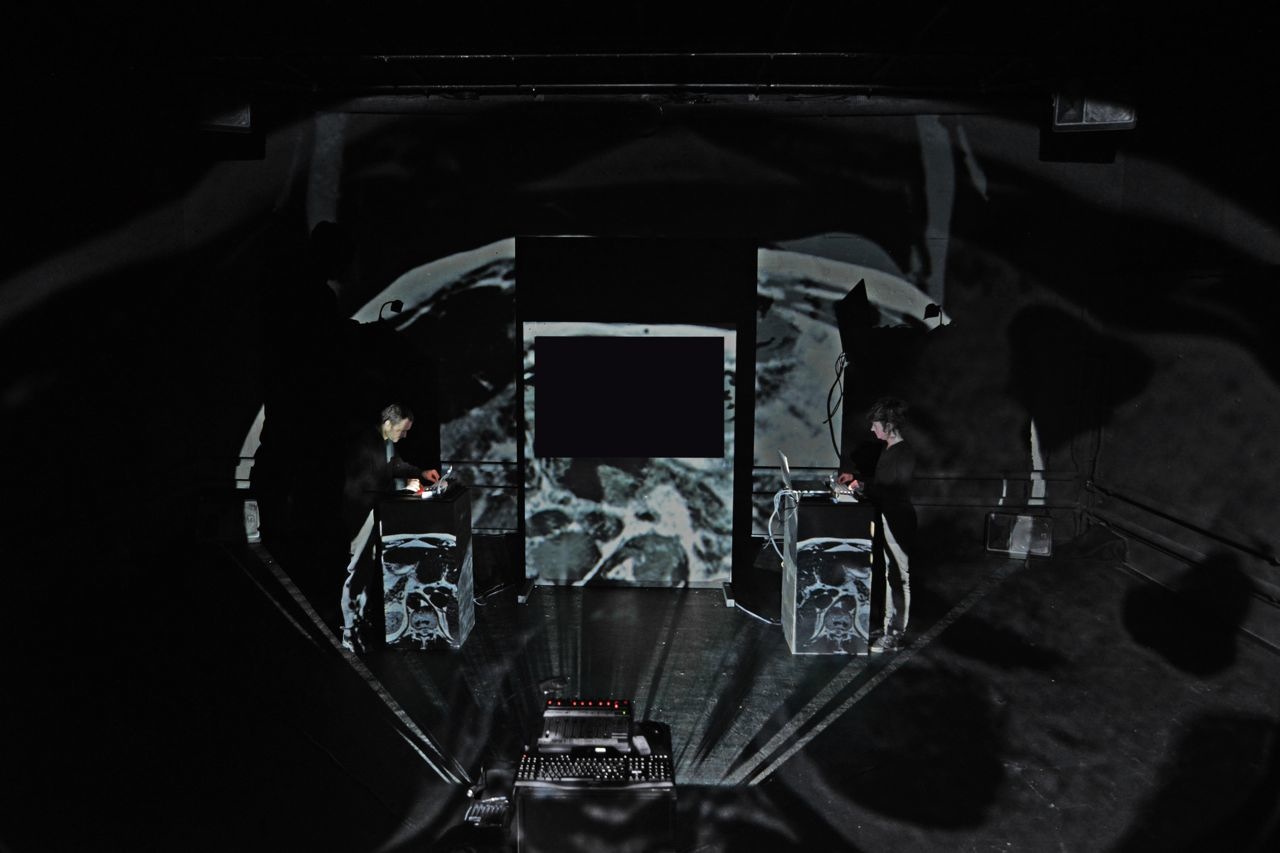 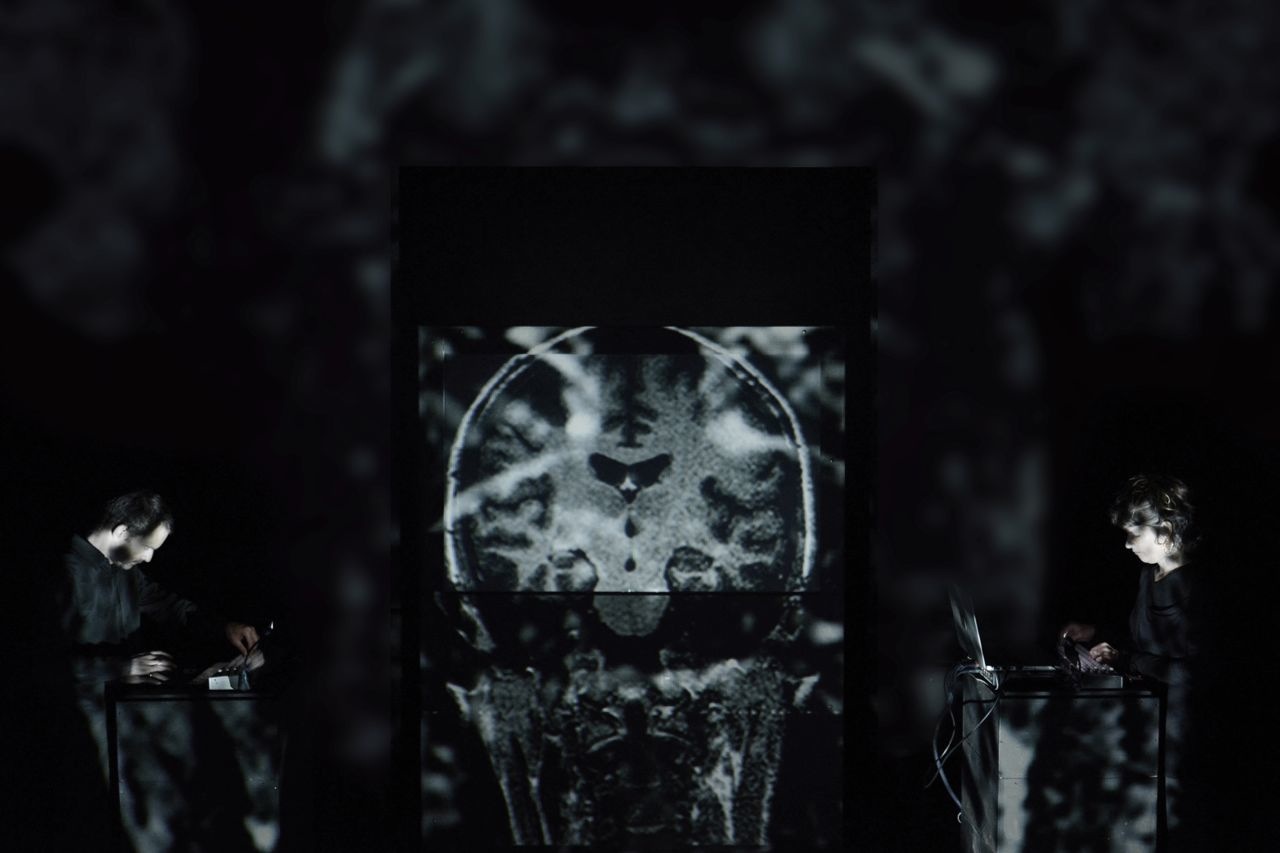 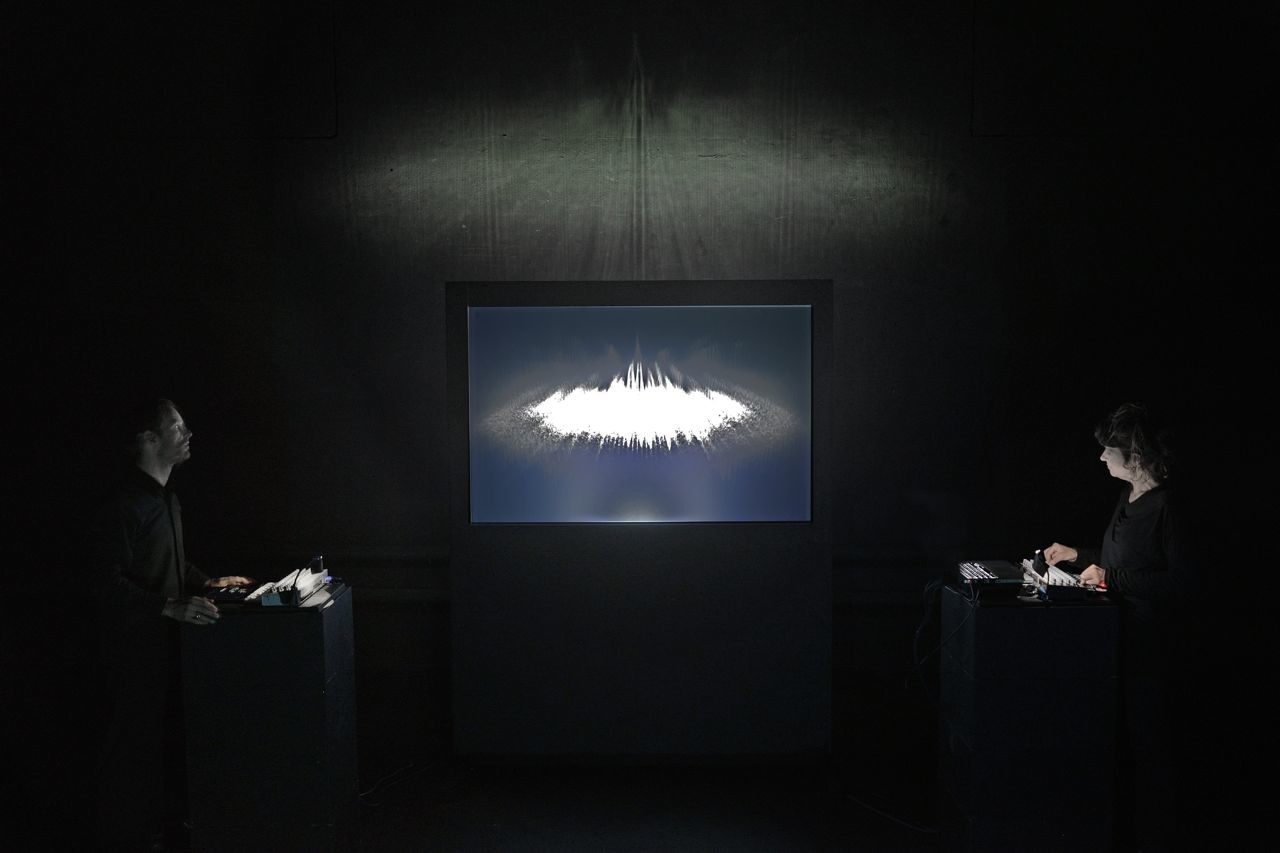 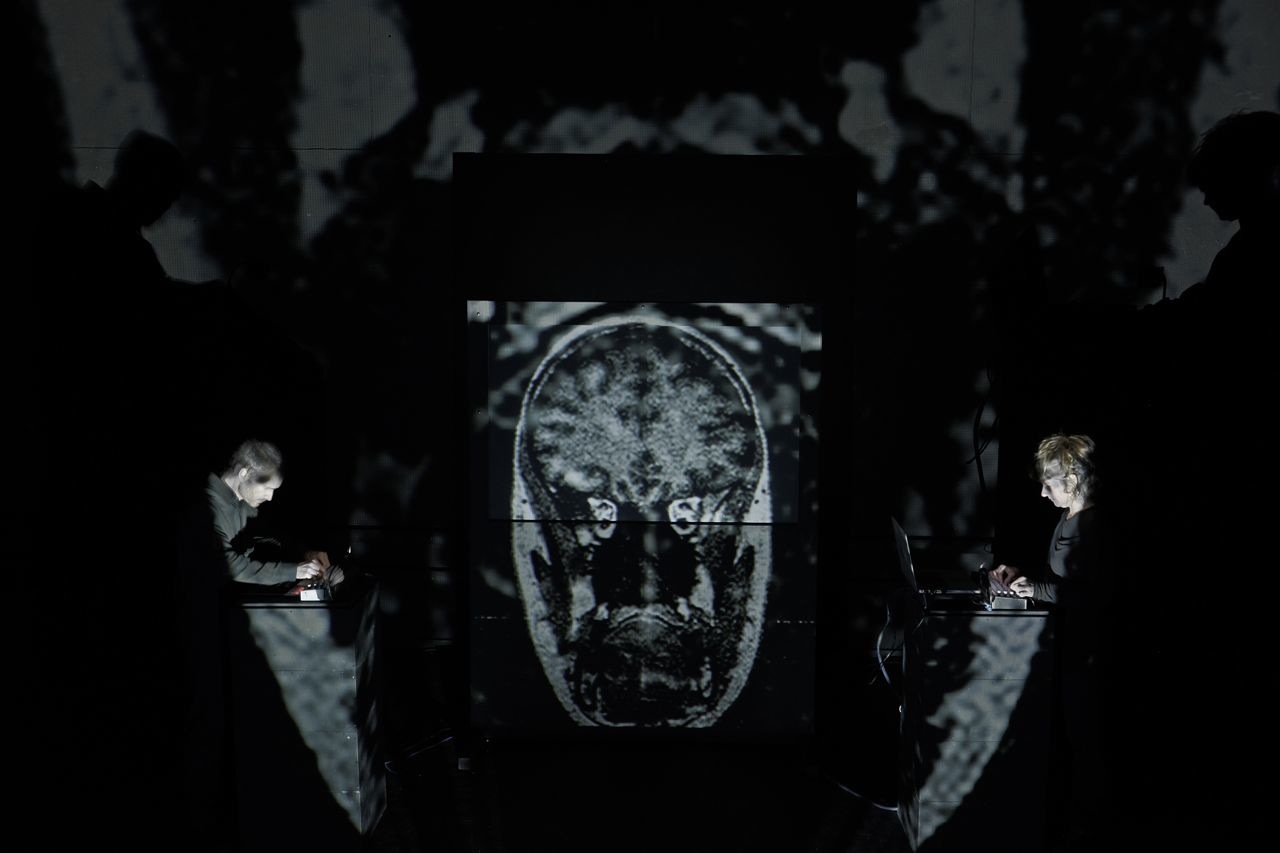 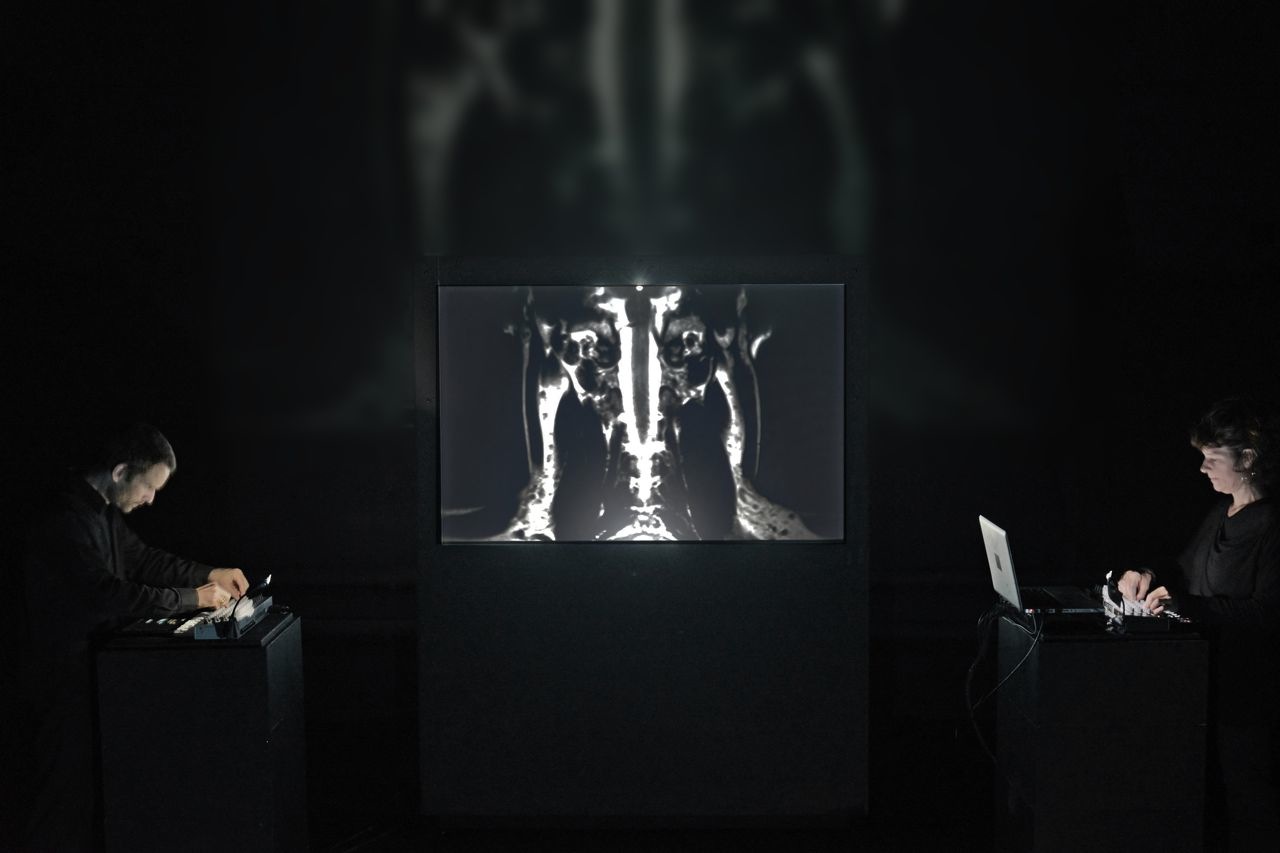