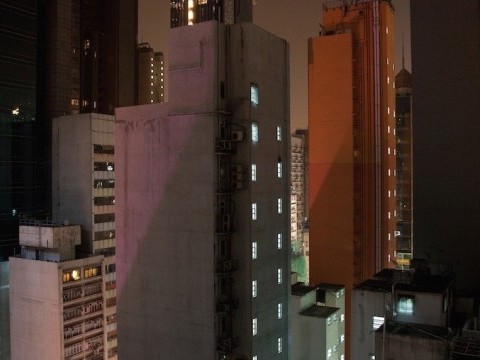 “What you hear is [not] [t]here” Simon Grab, 2014.
Soundinstallation and Performance with Audio Fieldrecordings from Hong Kong.

In his composition made out of Fieldrecordings from Hong Kong, Simon Grab suggests / pretends to hear ‘locality’ by focusing on functional sounds from the city. As evoked in its title his work has an open access to interpretation rather asking questions than proposing answers. How does Hong Kong sound like? What do the sounds tell about the local culture, and: what does it tell about the soundrecordist? During his stay in Hong Kong Simon Grab talked to the sound artists Samson Young and Edwin Lo about the influence of the local culture and its sound environment. How do they hear the city and how do they deal with ‘the local’ in their work. Fragments of these interviews appear in Grabs performances.

Performance @ Connecting Spaces Hong Kong 05.04.2014 with fieldrecordings from Hong Kong and fragments of an interview with the artist Samson Young. Photo by Denis Handschin.

Exhibition and Performance @ Museum Baerengasse Zurich 2014 with fieldrecordings focusing on functional sounds from Hong Kong. The soundfile shows excerpts of the material used for the 4-channel exhibtion and the performance. Photo by Patrick Müller. 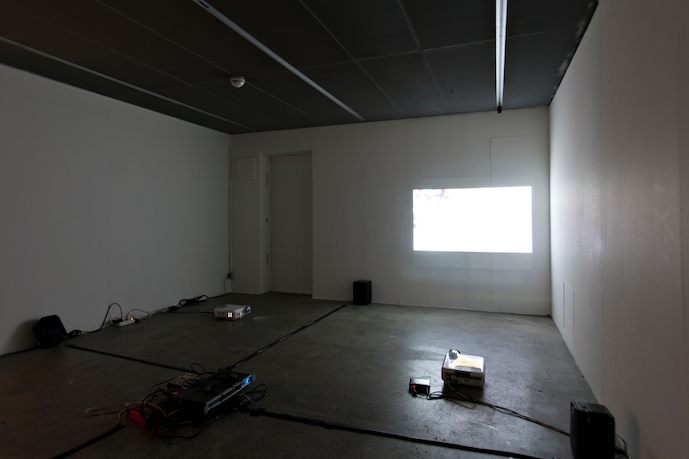 The sound has been used in the film ‘The past that we didn’t know we had’ by Anna Rubi.